Like in other languages, you can often tell a person's origin by the way they speak Spanish. There are many dialects to Spanish, but even beginners can usually tell if the speaker is from Spain or from Latin America by their pronunciation: while in Spain "c" would sound similar to the English "th" in "ce" or "ci", in Latin America, it sounds more like "s".

Similarly, some words are used differently and some things have different names altogether. If you enjoy fruit juices during your travel to Spanish speaking countries, you will know if this one was bought in Spain or in Latin America. 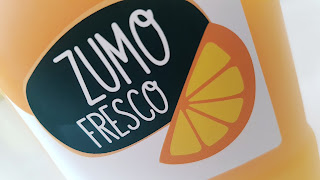 Posted by Unknown at 1:46 AM Links to this post